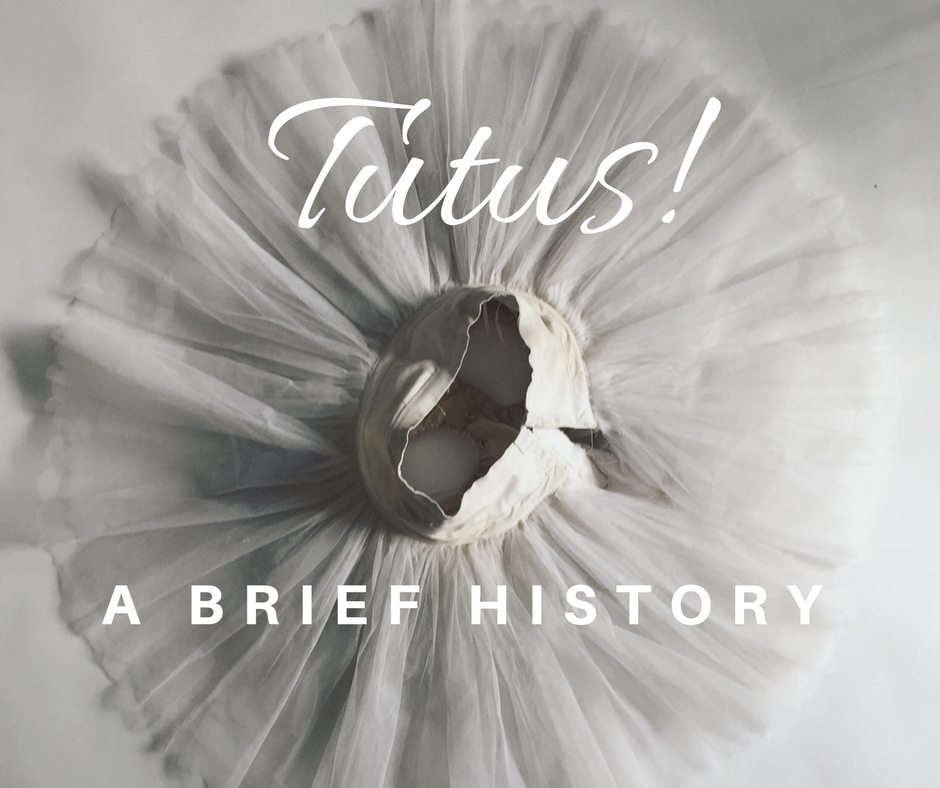 Fashions come and go, but the tutu endures as a symbol of the iconic grace of ballet. This much-admired circle of tulle came into being nearly 200 years ago amidst awe and scandal…

It was the 1832 Paris premiere of La Sylphide that changed ballet forever. Marie Taglioni played the title role of the Sylph (a forest spirit) whose ethereal beauty enchants a mortal away from his own wedding. The audience watched with awe as Taglioni rose onto the tips of her toes to dance, seeming to defy gravity. As the first ballerina to perform sur les pointes, Taglioni’s performance embodied ethereal grace. Her costume magnified the illusion with a long, free-flowing skirt made of layers of gauzy, net-like material that wafted and floated through the air as she moved.  This skirt that barely grazed her ankles was a tactical wardrobe maneuver by Taglioni intended to show off her glorious pointe work, but it also ignited a controversy as indecent exposure. The Parisian public was at once mesmerized and scandalized! Taglioni’s revolutionary performance introduced two elements–the pointe shoe and the tutu–that would propel women to the forefront of ballet. Thereafter, ballerinas began performing on the tips of their toes wearing these diaphanous skirts. And the hemlines got shorter as the legs got higher… Apparently Paris was more mesmerized than scandalized!

Although the tutu’s origins can be traced to Taglioni’s performance, the term is not recorded until nearly 50 years later. The definitive origin of tutu is unknown; however, there are a couple of theories… Audience members on the ground floor of the theater looked up onto the stage, which offered them occasional glimpses of the frilly tulle under-layers that covered the bottoms of the ballerinas as they jumped, turned, and lifted their legs. Male patrons paid princely sums for this scandalous privilege! This theory suggests that tutu comes from French slang–either cucul (babytalk for bottom) or cul (a vulgar term for genital area). In both cases, the etymology stems from the part of the body the layers of tulle were meant to cover! Others say tutu derives from the word tulle–the fine mesh-like fabric from which tutus are made.

Technically, the tutu is just the skirt, but the name is also used to describe a complete ballet costume which includes the skirt attached to a bodice. There are two basic types: the romantic tutu and the classical tutu. The romantic tutu is made of multiple layers of tulle that fall anywhere between the knee and ankle and is sometimes covered by an outer layer of fabric to make it appear more like a dress. This type of tutu is most often worn onstage by (female) peasants, commoners, and apparitions. The so-called “Romantic” ballets belong to the time period 1832-1870 and include La Sylphide, Giselle, and Coppélia.

The shorter classical tutu emerged in the 1880s with the birth of the iconic “Classical” ballets, including Swan Lake, The Sleeping Beauty, and The Nutcracker. Greater technical demands meant shorter skirts to show off the increasingly complex legwork of the ballerina. Onstage, classical tutus most commonly adorn noble characters, such as princesses or magical beings, for noble events like weddings or balls. Classical tutus extend anywhere from twelve to eighteen inches, jutting out horizontally from the hip. They are made from about a dozen layers of very stiff, graduated tulle supported by a hoop that is sewn into the skirt. It is said that in Paris a standard classical tutu consists of 13 layers of tulle. Contemporary versions of the classical tutu have streamlined the silhouette even further. These days, so-called “pancake” or “powderpuff” tutus may have as few as 8-10 layers. There are also larger “bell” tutus that hang down slightly to form a silhouette somewhere between a romantic and classical tutu.

Tutus can cost thousands of dollars and have to be cleaned by hand, so dancers have to be careful. They’re not allowed to wear jewelry or watches that can snag, rip, or get caught in the tulle. Eating in costume is strictly forbidden. Some companies even fine dancers for resting their hands on their tutus because this causes them to get dirty more quickly. When not worn on stage, classical tutus are either hung upside down or stacked on the floor to prevent gravity from causing them to droop prematurely. In rehearsals, practice tutus let ballerinas and their partners get used to accommodating the skirt with choreography. Onstage, beyond being heavier and stiffer, costume tutus actually pose less of a problem than all the jewels and sequins attached to them that can fly off or get caught. Almost every ballerina has found herself ridiculously attached to her partner by virtue of her tutu… These wardrobe malfunctions are the literal “bodice ripper” stories of ballet. These seemingly delicate costumes are constantly being cleaned, resized, and re-sewn with replacement jewels, sequins, tulle, and panels of fabric in an effort to restore them after the manhandling and sweat of each show. With stacks of costumes and their disassembled parts strewn everywhere, the wardrobe department of a ballet company resembles an auto body shop for tutus!

Wearing a tutu is one of the great privileges of being a professional ballerina. Although it may smell bad or not fit perfectly, there’s just something about the way wearing one makes dancing coalesce into to something more noble. It’s hard not to feel a little magical standing in the middle of a cascade of glittering tulle. Yet from the beginning, the tutu has encompassed imaginings both noble and base. What Marie Taglioni did to display her enormous talent became co-opted (and shortened) to encourage the lurid fantasies of  male ballet patrons in 19th century Paris. But then tutus were further shortened to free the legs and display the commanding technical prowess of the ballerina who had finally become the unassailable star of ballet in Imperial Russia. Tutus later evolved to reflect an increasingly athletic and abstract American sensibility that favored speed and extension. All these permutations ultimately reflect women and their increasing skill, athleticism, and domination of the art form. Could it be that this is an instance in which the shortening of a skirt actually speaks to female empowerment? Something to think about… 😀

Please log in again. The login page will open in a new tab. After logging in you can close it and return to this page.